Defense News: How is the Egyptian Air Force able to operate its fleet of mixed origin?

Defense News: How is the Egyptian Air Force able to operate its fleet of mixed origin?

Defense News
BEIRUT — Egypt’s fleet of military aircraft are able to share data and coordinate activity despite their mixed origins, thanks to a locally made command center, according to an Egyptian armed forces expert.

“When it comes to the Egyptian Air Force in particular, it is definitely not possible for [American-made] E-2C Hawkeye 2000 early warning aircraft in service, for example, to direct the [Russian-made] MiG-29 fighters and exchange data with them, as is the case with the [American-made] F-16 and [French-made] Rafale fighters,” said Mohamed al-Kenany, a military affairs researcher and defense analyst at the Arab Forum for Analyzing Iranian Policies in Cairo.

“However, data is being shared between the different-origin aircraft through the command-and-control centers that are equipped with dedicated systems capable of linking the various radar, aircraft, sensors, reconnaissance and electronic warfare systems, and integrating all the information and data they receive into a unified system named RISC2.”

The Radar Integration and Surveillance Command Center was made by the Egyptian military’s Research and Development Department; Benha Electronics, which is affiliated with the Ministry of Military Production; the Military Technical College; and the Egyptian Air Defense Forces. 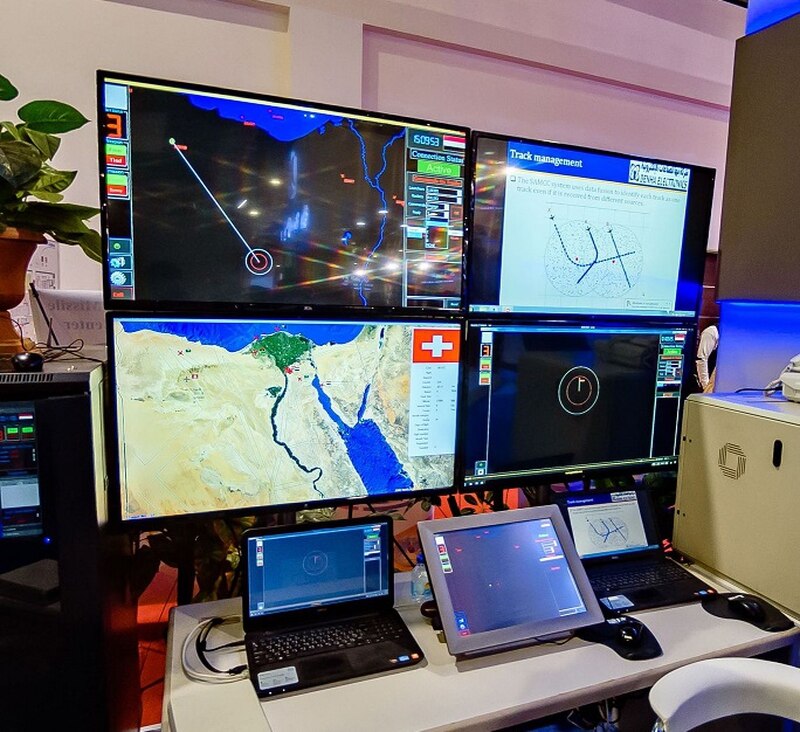 The RISC2 is an Egyptian-made system that was introduced during EDEX 2018.

RISC2 was introduced during the 2018 Egypt Defence Expo and is meant to automate control-and-command tasks. The platform is equipped with tools for flight planning, control systems for radars and various monitoring sensors (including models from the United States, Russia, China, France, Britain and Egypt), an automatic flight-tracking system, a network management system, and cybersecurity.

Al-Kenany said in addition to linking aircraft, the system allows the military’s land and sea combat platforms to share data.

“This system enables the dynamic exchange of integrated data with various command-and-control centers, with the next generation of cyber protection systems and firewalls ... as well as the Egyptian surface-to-air missile command center to analyze and assess the risks and air threats, and [determine] the type of air defense systems needed to deal with these threats,” he added. 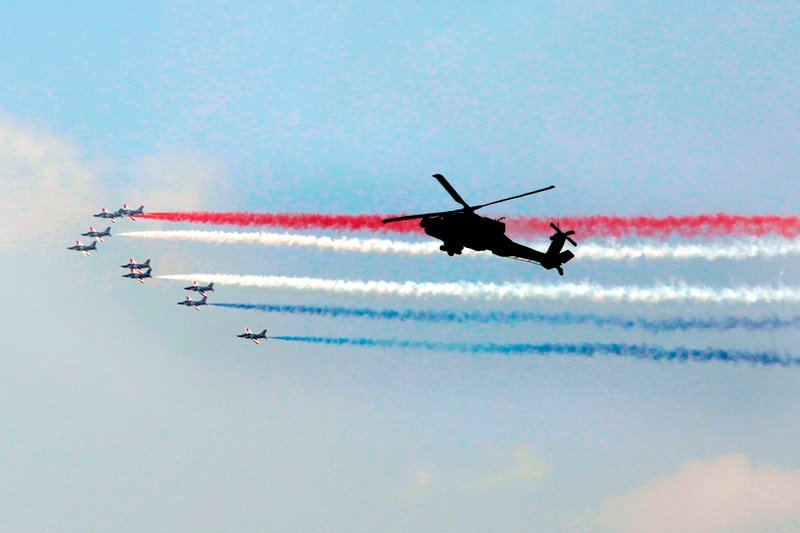 He hasn’t observed any problems with Egypt’s air defense systems differentiating enemy aircraft from friendly ones. “The various types of IFF [identification friend or foe systems] produced by different companies for Egypt’s armed forces are designed to be compatible with all the systems and equipment operational in the country, and hence identifying their specific frequencies and codes as friendly, which prevents friendly fires,” he explained.

To overcome delays in data sharing, the Air Force looked to the Rafale "to link aircraft of different origins during the flight, since it is equipped not only with Link 16 data links but also with other solutions for non-NATO countries to operate in integrated operational [environments] with all platforms and with friendly combat assets, and airborne command and control, which allows it to operate in harmony with modern Russian fighters operating for the Egyptian Air Force,” al-Kenany explained.

He also pointed to Egypt’s TIBA-1 communications satellite, which was launched onboard an Ariane 5 rocket in November 2019 for government communications and military purposes. He said the satellite will facilitate data sharing between Air Force fighters and helicopter of different origins.

What is Egypt flying?

From the East, the service operates 46 MiG-29M fighter jets, 46 Ka-52 Alligator armed reconnaissance helicopters, and an unknown number of Mi-24 combat multirole helicopters, which first appeared in Egyptian service in 2018. The Air Force also ordered 24 Su-35S Super Flanker jets but has only received five so far, according to Russian media. 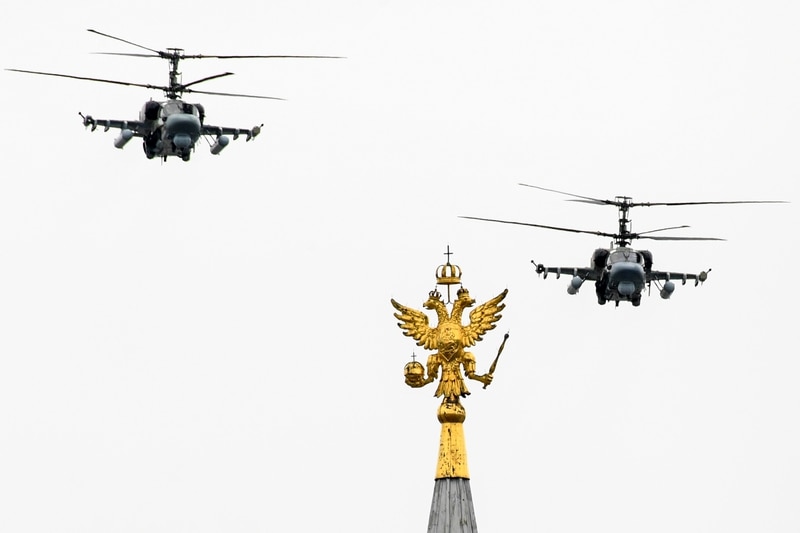 Russian Kamov Ka-52 Alligator attack helicopters fly over the Kremlin and Red Square in downtown Moscow on May 9, 2020. (Kirill Kudryavtsev/AFP via Getty Images)

Egypt turned to Russia after the U.S. did not approve its request to acquire roughly two dozen F-35 fighter jets, an Egyptian military official told The Associated Press in 2019. The Russian deal for Su-35s was meant to diversify Egypt’s weapon suppliers because the U.S. has previously stopped military assistance over human rights concerns, said another official.

“Moving to diversify sources of military equipment and especially fighter jets is a direct consequence to embargos from specific countries, or monopoly of technology and refraining from technology transfer,” Lebanese Member of Parliament Wehbe Katicha, a retired Army general, told Defense News.

Samy Magdy of The Associated Press contributed to this report.